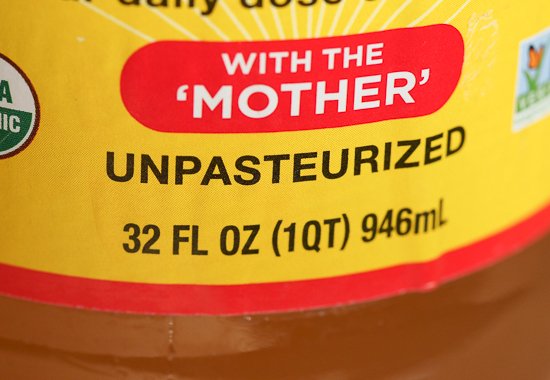 What do you associate with the term “fermented food”?

How about “probiotic food”? What food do you think of?

If you picked “yogurt” for any of your answers, you wouldn’t be wrong. We’re so focused on yogurt we forget about other fermented/probiotic foods that can be equally beneficial. They add variety to your diet and to your gut microbe population. And when it comes to gut microbes, diversity is a good thing.

Probiotic-containing foods include live bacteria, yeast or both. These live cultures can support a healthy gut microbe population. Yogurt is a good example. Not all fermented foods contain live microbes, bread being one familiar example. So, not all fermented foods are probiotic foods. Here’s another important point: don’t heat probiotic-containing foods, as heat will kill the microbes.

Here are some examples of probiotic foods:

I started thinking about this topic a few months ago, while tossing salad with apple cider vinegar. It wasn’t any old ACV, it was unfiltered, with the “mother” still in the bottle. Most commercial vinegars are filtered so the liquid is crystal clear. Unfiltered vinegar includes the bacteria that turned juice into vinegar. The vinegar may look cloudy, or there may be sediment on the bottom of the bottle. A splash of unfiltered vinegar on your salad adds to your daily intake of probiotics.

Fermented cabbage is another often overlooked source of beneficial bacteria. You don’t typically eat a huge portion of sauerkraut, maybe just a tablespoons or so on a sandwich or bratwurst. To get the most benefit, choose the sauerkraut from the refrigerated display, usually in jars or plastic pouches, not canned sauerkraut.

Some pickles are fermented; some are just soured with vinegar. Fermented pickles are found in a refrigerated display at the grocery store. Add pickles to sandwiches or salads, or just eat a pickle for a snack (the sour taste can kill off sugar cravings).

To say kimchi is popular in Korea is a dramatic understatement. Kimchi is part of life. The method for fermenting vegetables has been used for hundreds of years. The most well-known version is made with cabbage, onion, garlic, salt and seasonings like ginger and hot pepper. Flavors deepen the longer the kimchi is stored in the refrigerator. There are hundreds of variations on kimchi, using different vegetables as the base. You can experiment with making your own, or buy ready-made kimchi.

Soft cheeses like bleu and Camembert, ripen and develop unique flavors thanks to certain bacteria and/or fungi. Other soft-style cheeses and yogurt-based foods like feta, cottage cheese and cheeses from Eastern Europe and Scandinavia may contain probiotic bacteria, depending on production methods.

Kombucha is tea fermented with yeast. It has a slight fizz and refreshing flavor. The starter culture is called a “scoby”, which grows in size while it ferments the liquid. As with sourdough bread starter, you have to keep using the scoby to keep it alive.

Fermented tea and juice beverages have a long history in Asia, and similar drinks are popular in Eastern Europe, kvass being one example. Unlike beer or wine, these are not highly alcoholic. If you’ve ever left real unfiltered apple cider to ferment, you’ve made a similar beverage.

Speaking of yeast, craft beer and wine are also fermented with yeast, the difference being the type of yeast used — brewer’s yeast — and the fact that this process produces much more alcohol. While some unfiltered beer or home made wine might have sediment, it is unlikely to be viable live yeast. Don’t rely on craft beer for your probiotics.

Kefir is fermented milk. The culture is different from yogurt and kefir is more liquid than yogurt, although has a similar tangy flavor.

Miso is fermented mashed soy beans. It’s used in small amounts as a seasoning. Miso soup is one popular use, but to maintain the probiotic benefits, don’t heat soup or any other food with miso too much or you’ll neutralize the probiotics.

I’m still using unfiltered apple cider vinegar on tossed salad. I also add a teaspoon or two to a glass of water. An easy and refreshing way to add probiotics to the day.