I adore potatoes (and you should, too) 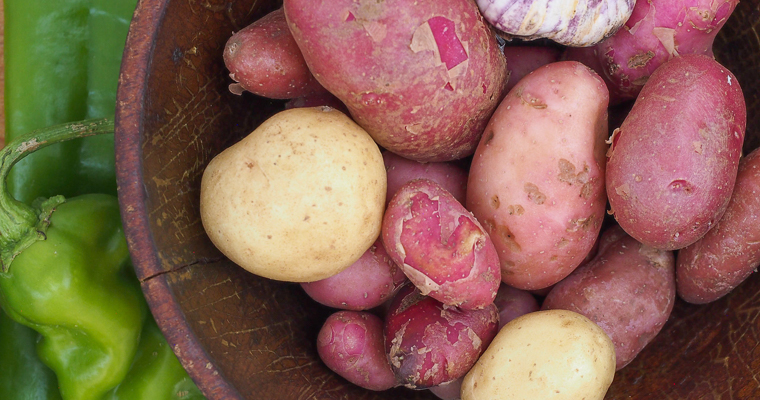 I adore potatoes, so it’s sad to see potatoes get an undeserved bad rap. They’re described as high calorie and “fattening”. Potatoes are blamed for weight gain, obesity and insulin resistance. If a potato could hire a lawyer, it would sue for slander.

In the Andes of South America, potatoes were a staple food for millennia. Spanish explorers took potatoes back to Europe, where they became an established part of local cuisine. In some places, like Ireland, potatoes were a critical part of the diet, making up 80% of daily calories. Intake was reportedly 8-10 potatoes per person per day. Wow! In the 1840’s, when a fungus killed off potato crops, people starved.

A simple unadorned baked or boiled potato is not high calorie, and is extremely low fat:

Well only if you overeat them. Overeating plain potatoes is quite a feat. Let’s say you wanted to overeat by 300 calories. You’d have to eat 3 medium sized (2 X 5) potatoes on top of your regular diet. Pretty filling. On the other hand, you could turn one potato into 300 calories by topping it with a tablespoon of butter and a big dollop of sour cream. That would more easily fit into your stomach, but at a cost of a lot of extra fat.

The problem isn’t the potato

Most people don’t eat simple plain potatoes. They eat potatoes loaded up with other ingredients that add fat (calories) and salt. In fact potatoes go really well with added fat, which might be their main drawback:

A plain potato, without all the salty high fat additions, has a rich subtle flavor. Learn to appreciate the flavor with a back-to-basics approach to serving potatoes. Keep it simple: baked or boiled. Add one to a meal, or build a small meal around a potato: top with grated cheese or a dollop of plain Greek yogurt.

Want more complexity? Cut a slit in the top and stuff your potato with seasoned ground beef. Curry or Mexican chile seasonings go well with a plain potato. Or garnish your potato with sautéed chopped vegetables like onions, celery, grated carrots, broccoli, cabbage or mushrooms.

Potatoes by themselves are absolutely healthy. The stuff we tend to add to potatoes, not so much. Keep it simple and you can definitely add potatoes to your post-holiday diet.