How to eat ice cream 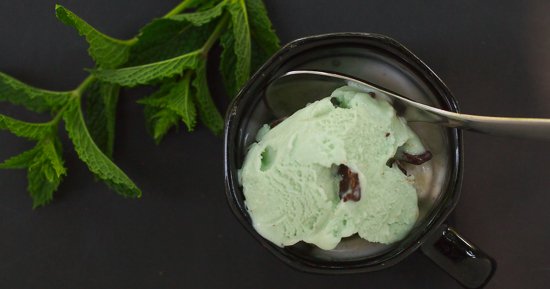 It has come to my attention that today, July 18th, 2021, is National Ice Cream Day. Apparently President Reagan proclaimed this back in 1984. Who knew? As the linked article notes, Americans are the biggest ice cream consumers in the world. But if you count gelato and ice cream-like variations in other countries, perhaps not.

Last year, having nothing to do during the pandemic, I decided to try Thomas Jefferson’s famous vanilla ice cream recipe, after hearing someone raving about it on the radio. Jefferson spent a lot of time in France, and would have become familiar with it there. Let me tell you, this stuff is nothing like ice cream you buy in a store.

First off, it’s basically a whole lotta cream and a whole lotta egg yolks. Throw in some sugar and you’re done. It’s overwhelmingly rich and thick. I’m guessing 250-odd years ago, with no reliable ice, no refrigerators or freezers, and no ice cream churns, they had to come up with something that would gel up on its own. That’s probably the richest ice cream I’ve ever eaten. Truly, I don’t think I’ll make this again. Just too, too much.

Happily, ice cream is vegetarian. In fact, I’m hard pressed to think of any dessert that isn’t. Meat doesn’t generally show up in desserts, with one notable exception: mincemeat. Real mincemeat does actually include meat and animal fat. It’s an old culinary tradition, used hundreds of years ago. The mincemeat you buy in jars today to make mince pie likely does not include meat, although it might have suet (animal fat). Anyway, easy to avoid if you’re concerned.

What’s there to know about eating ice cream?

Ice cream is a rich delicious treat. Emphasis on treat. It shouldn’t be something you eat mindlessly out of the half-gallon container while bored or stressed. You should eat real ice cream in small portions.

I’m all about real food. All that low fat, low sugar, low flavor, low texture, tasteless faux ice cream in the grocery store is not real food. It’s engineered to appeal to people who think eating is all about cutting calories, flavor be damned. It appeals to people who want to eat big heaping portions without feeling guilty. In fact, you’d have to eat a quart of fake ice cream to get the amount of flavor you’d get from 1/4 cup of real full fat ice cream. I’d rather eat quality than quantity.

Only eat ice cream bought from an ice cream shop, in a cone or a cup. Get one small scoop of a wonderful flavor. Eat it up (maybe even share). Enjoy! You’re done. Nothing lurking in the freezer calling your name later that night.

Buy real ice cream and serve it ONLY in small espresso cups. Use small spoons (espresso or egg spoons — pick some up at a thrift store or estate sale or from your grandmother). Put a couple of spoonfuls in the cup, put the ice cream contain away before you eat any. This might take practice. An espresso cup might hold 1/3 cup of ice cream, which is maybe 100 calories. A reasonable small treat.

What’s real ice cream? You don’t have to buy the expensive super premium varieties. There are a number of reasonably priced brands. But, in my opinion, you should not waste your money on the fake/faux garbage stuff. Don’t insult your taste buds like that! Appreciate real food.