What’s summer without corn on the cob? 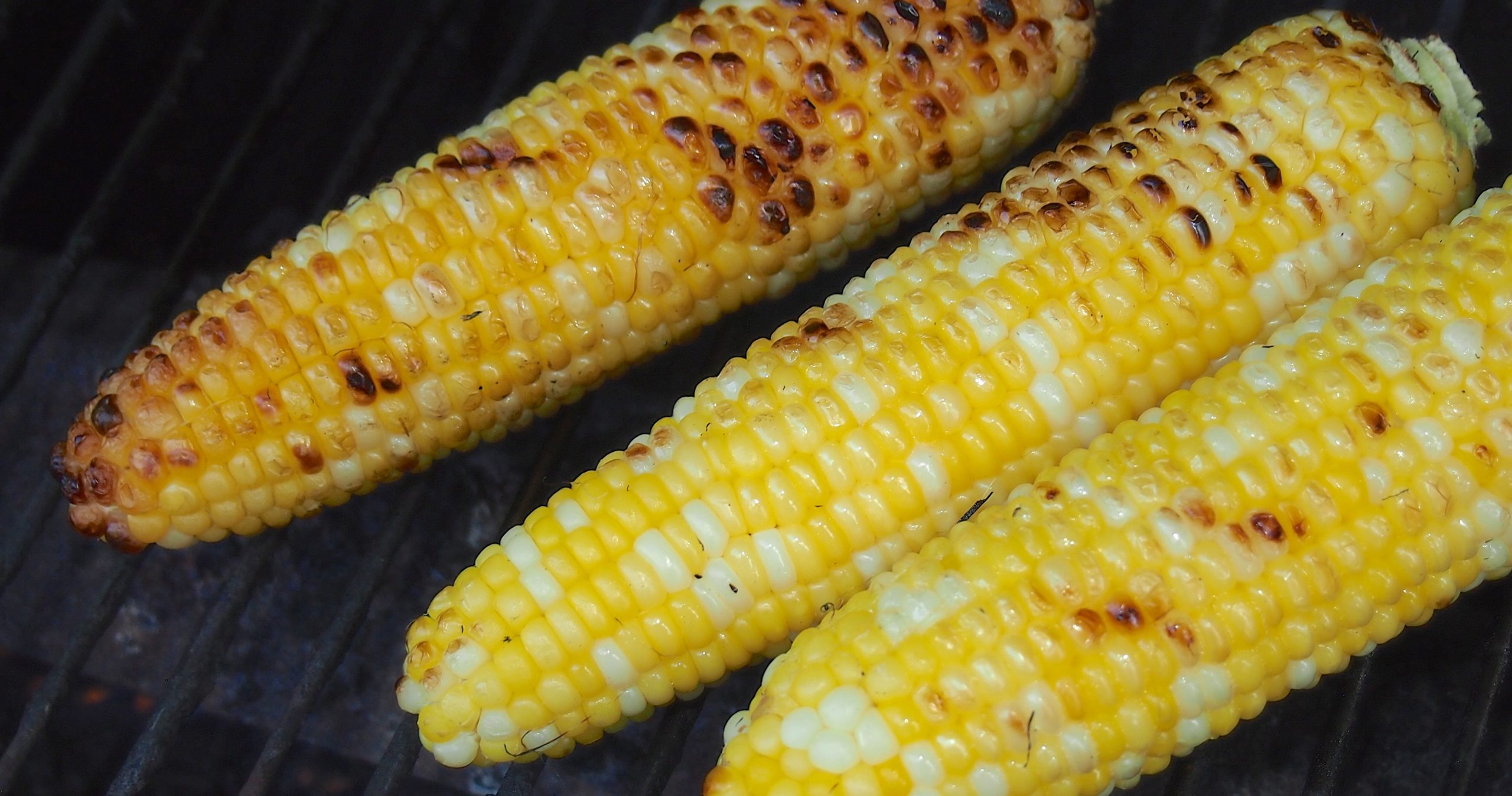 When it comes to summer produce, tomatoes are at the top of my list.  But fresh sweet corn is a close second.  The window for peak freshness is narrow, roughly late July through August, depending on where you live.  Corn plants don’t keep flowering and producing for weeks, the way tomatoes or zucchini do.  So when corn is available, take advantage.

Microwave.  Check your microwave instructions for specifics.  I typically peel off the husk before cooking.

Boil.  This is traditional and easy.  How long you cook it depends on your taste preferences.  I like it slightly less cooked, so 2-3 minutes is fine.

Grill.  There are two ways to do this: husked and unhusked.  If you don’t peel off the husk, the corn cooks more by steaming.  If you husk it, you probably need to rub some butter or oil on the ear to protect the kernels from drying out and burning.  But don’t drown it in oil, which will just drip off onto the flames.  Best to grill over moderate heat for browning and finish off direct heat to avoid burning.

Boil and Grill.  This is something I do for campfire dinners.  Pre-cook the corn by boiling.  Then coat lightly with melted butter and grill over moderate heat just to brown the kernels.

I’m happy to eat fresh corn with nothing whatsoever on it, not even salt and pepper.  Just the fresh natural sweetness and crunch.  But I’m probably in the minority.  Butter, salt and pepper are standard.  The butter adds calories.  If you haven’t already tried this method, roll a hot ear of corn quickly over a stick of butter, just enough to coat the outer edges of the kernels and give you some of that butter flavor.

Unfortunately sweet corn on the cob is one of those foods that can end up as a calorie bomb with too many greasy toppings.  Grilled Mexican street corn sounds delicious.  It also sounds like about 350 to 400 calories for one ear.  There are plenty of other ideas on the internet, such as goat cheese and ham, coconut curry butter, mascarpone and herbs, etc.  At some point, reading all the recipes for coatings, I have to ask “Why?”.  Corn tastes so good by itself; all this stuff just masks the natural sweet flavor.