Coffee: healthy, unhealthy, both, neither? 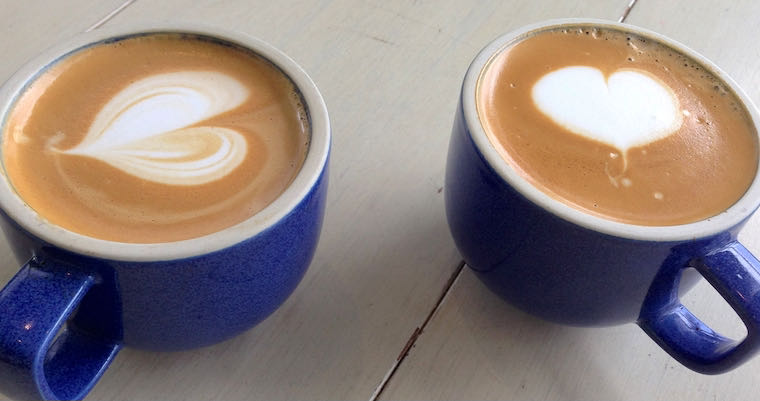 You’d think that, if coffee were unhealthy, people in these countries would have higher levels of numerous health problems compared to low coffee drinking countries. They don’t.

Most of the myths about alleged ill effects of coffee are related to the caffeine content. In which case any other caffeine-containing food would also cause problems, such as black tea, chocolate and green tea. Strangely no one ever makes claims about those foods. Just coffee. It seems like the Food Nannies are always finding health problems from popular foods that we enjoy.

Coffee contains traces of random vitamins and minerals. The only nutrient of consequence is potassium: a cup of brewed coffee has 115-120 mg of potassium. Strangely, if you prepare your coffee with a 24-hour cold brew method, your cup of coffee could have 10 times as much potassium, over 1000 mg. That’s impressive; it’s also a concern for people with kidney disease, who should limit potassium intake.

Keep in mind, most of the evidence for these claims is from health and diet surveys, not from actual intervention studies.* If thousands of coffee drinkers have a lower incidence of Type 2 diabetes compared to thousands of non-coffee drinkers, we might conclude there’s some benefit from the coffee. But it might be something else about a coffee-drinking lifestyle. So don’t boost coffee intake because you think it will prevent disease.

The other well-known benefit (or not) is the stimulant effect of caffeine. Thanks to the caffeine, coffee can keep you alert and awake. It can also enhance athletic performance. It might help with weight management, whether by suppressing appetite or by a direct impact on metabolism, but solid evidence for this benefit is lacking. Again, don’t drink coffee in the belief it will melt fat off your body.

There is some evidence that unfiltered coffee (espresso) can raise blood lipids. Paper filters might remove certain chemicals found in coffee beans that raise cholesterol. However, a study from Italy found that moderate consumption of espresso-style (unfiltered) coffee lowered risk for death, including from cardiovascular disease. Again, this data is from diet surveys.*

The stimulant effect of caffeine might not be unhealthy, but it can be bothersome, or aggravate anxiety. Some people just don’t metabolize caffeine very effectively. The solutions is coffee avoidance or decaff.

What’s added to the coffee?

Plain black coffee or espresso is nutritionally unremarkable. Coffee or espresso loaded with sweeteners, flavors, creamers or actual cream is a different story. Supersize those drinks and you’ve got an additional story, all about empty calories. The least concerning addition would be milk (or soy milk), which at least has some protein. A plain unsweetened latte might be the best example.

As a coffee lover, I’d say the main reason I drink it is because it’s enjoyable. It tastes good, it’s warming. It’s perfect for dark and cold winter mornings. Or for cold afternoons. It might have health benefits. I don’t think it has major drawbacks.

*How would an intervention study go? Give thousands of study subjects 2-3 cups of coffee daily; recruit thousands of other study subjects who drink no coffee. Follow these groups for many years and compare disease incidence. As you can imagine, doing a study like this would be prohibitively complicated and expensive and likely will not be done. The best we have are diet surveys.