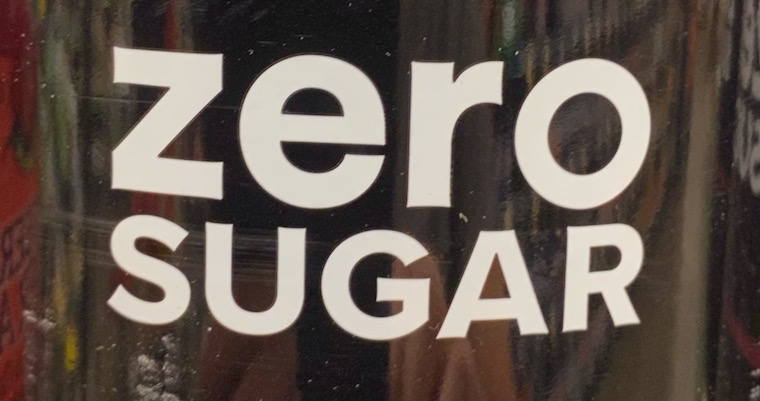 I was chatting with a friend recently about protein. She was concerned that it’s hard to pack protein into meals, and that her husband was drinking a protein shake. I replied that it was probably sweetened — plain protein powder isn’t very appetizing — and she said yes, artificially sweetened. To which I did not reply “ugh,” but maybe I should have.

A study published recently took an excruciatingly detailed look at the metabolic impact of artificial sweeteners — sucralose, aspartame, stevia and saccharin — on glucose metabolism. Something funny is going on. Artificial sweeteners were not expected to have any metabolic impact. They’re used to replace sugar. The goal was cutting calories and reducing obesity and all the chronic diseases associated with obesity. Such as Type 2 diabetes.

Look around you. Has obesity gone away in the past few decades of artificial sweetener use? In case you haven’t noticed, the answer is decidedly NO. Obesity is through the roof. More and more children are now obese, and developing chronic medical problems like fatty liver disease, hypertension and diabetes. Yet consumption of artificial sweeteners has increased globally, particularly in sweetened beverages. Weren’t artificial sweeteners supposed to eliminate obesity? What’s going on?

This was a very complicated study. Mice were also studied to verify the effects of artificial sweeteners. Fecal transplants between the different mouse groups confirmed that these additives change gut microbes and impact glucose metabolism.

My dislike for artificial sweeteners is no secret. There’s evidence that they may actually increase cravings for sweet foods, or for food in general. Now we have evidence that they have an adverse impact on gut microbes, which leads to altered glucose metabolism. A good reason to avoid them.

Unfortunately most consumers still believe the public health mantra that added sugar is bad and causes all our health problems. With artificial sweeteners, you can Have Your Cake and Eat It Too, so to speak. Or so we thought. Could excessive consumption of artificial sweeteners be driving weight gain by altering glucose metabolism? Wouldn’t that be ironic?

If you’re struggling with weight and you’re in the habit of drinking artificially sweetened beverages (from soda pop to energy drinks to coffee and tea drinks to protein drinks), maybe you need to rethink that choice. And not just beverages. Plenty of desserts, cookies, candy and energy bars are also artificially sweetened. Get away from all that processed stuff and focus on unprocessed whole foods. You’ll be doing your gut microbes a favor.